An employment contract confers the rights and obligations under the Employment Contracts Act on both the employer and the employee.

There is no fixed format for a contract: it may be written, oral or electronic. As a rule, however, an employment contract should be written to avoid any later differences of interpretation on what was agreed. If you agree on employment orally, the employer must provide a written explanation of the key working conditions to the employer no later than the first payment of wages.

Advice for members by phone on legal questions 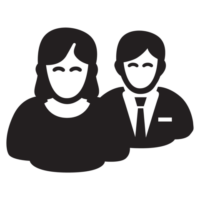 An employment contract may also be for a fixed term. A justified reason is as a general rule necessary for the signature of a contract that is fixed-term contract on the employer’s initiative. A fixed-term contract that is signed without a justified reason is considered valid until further notice. Acceptable bases include a limited job (such as a specific project), a need based on season fluctuation, peak demand or substitution. A contract may also be signed for a fixed term on the employee’s initiative without specific grounds. You may also sign a fixed-term employment contract without justification when hiring a long-termed unemployed person.

Important points of an employment contract

Terms of employment to be provided to the employee in writing

The employee must be given a written report of the central terms of employment as their work begins, unless the terms are already described in a written employment contract. This report is not required when a fixed-term employment contract is renewed with the terms remaining the same. The report is also not necessary in very brief employment relationships. These denote situations where the employee’s average working time is at most three hours per week for a period of four consecutive weeks.

The employer must also provide a written report in the event that a term of employment changes. This report must be issued as soon as possible, or when the change enters into effect at the latest. If the change results from legislation or the collective agreement, this separate report is unnecessary.

The report must provide the following information:

Phone, internet and IT services

15% off subscriptions and IT services

Probation is a trial period at the start of employment which allows both employer and employee to cancel the employment contract immediately without specific justification. However, the employment relationship may not be terminated during the probation period on a discriminatory or unjust basis.

Naturally, the wages paid for work must be agreed in the employment contract. Employment legislation does not define minimum wages in euros, but the employee’s wages must be at least normal and reasonable. And even though the law does not define wages, collective bargaining agreements always specify minimum wages and other wage-related matters, to which exceptions cannot generally be made, even by agreement with your employee.

In addition, it is worth recording the day of wage payments and the basis for calculating wages in the employment contract.

There is good reason for also agreeing on things like pay during sick leave, notice periods, the definition of annual holidays, employment benefits and other employment conditions. In these matters, keep in mind that legislation and collective bargaining agreements often limit what employers and employees can agree on.

As a member, you can take advantage of ready-to-use document templates and forms

Read about the obligations you have as an employer